The so-called “Catfish Wars,” pitting U.S. catfish farmers against Asian producers since 2002, is heating up. 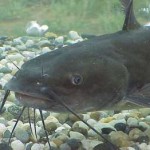 The furious Americans, whose market share has shrunk under the weight of Asian imports, this month produced a four-minute, highly polished YouTube video purporting to show polluted Vietnamese catfish ponds.

The video is designed to put increased pressure on federal food inspectors in an effort to prove much that of the imported fish is dangerous to eat.

“You know, I have a fear,” said Joey Lowery, an Arkansas catfish farmer who among those leading an effort to lean on U.S. Department of Agriculture (USDA) inspectors. “If (unsafe) foreign fish is left unchecked and it keeps coming in here, it could bleed over into the domestic industry.”

The problem, among many issues in the eight-year standoff, is that the USDA is completely new to fish inspections. In the past, the USDA has inspected meat and poultry and has left the Federal Drug Administration (FDA) to inspect imported fish. 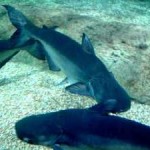 In the 2008 Farm Bill, however, the catfish farmers successfully inserted a provision to relieve the FDA of its imported fish inspections and move it to the USDA, whose reputation for catching contaminated food is longstanding.

“They’re the best we’ve got,” Lowery said in an interview with American Public Media’s Marketplace. “The USDA is the best we have to inspect food.”

However, the USDA still does not have its regulations in place, according to the Catfish Farmers of America, the lobbying group representing the farmers.

Complicating things further, some of the catfish imported to the U.S. from Vietnam are not, technically, catfish at all, but rather basa, tra, and pangasius, commonly called “Vietnamese catfish.”

Currently, the FDA, which is responsible for the inspection of catfish and other seafood until the USDA can gets regulations in order, inspects only two percent of the 5.2 billion pounds of seafood imported into the United States from foreign countries, according to the Government Accountability Office.

Among the two percent of seafood imports from Vietnam inspected by the FDA during a recent four-year period, nearly one in every five shipments was found to contain catfish and other seafood products contaminated with potentially deadly chemicals or drugs that are banned by the United States in farm-raised catfish, according to FDA records.

Meanwhile, the Catfish Farmers of America unleashed its four-minute YouTube video, produced in April, with pictures of Mekong River catfish ponds and the pollutants that pour into the ponds.

The National Fisheries Institute, which represents the importers, says this latest move is designed to cut off sales of cheaper, safe, imported catfish.

“If it were regulated by USDA, all of a sudden that importation would stop,” said institute spokesman Gavin Gibbons. “It would potentially stop on a dime. And there’s no demonstrable evidence that it would improve food safety.

The “Catfish Wars” began in 2002, when the United States accused Vietnam of dumping catfish, namely Pangasius bocourti and Pangasius hypophthalmus, on the American market, charging the Vietnamese importers who are subsidized by Vietnam’s government of unfair competition.

With pressures from the U.S. catfish industry, Congress passed a law in 2003 preventing the imported fish from being labeled as catfish, as well as imposing additional tariffs on the imported fish. Under the FDA ruling, only species from the family Ictaluridae can be sold as true catfish.