Carolyn Arthur “Biddy” Martin, the controversial chancellor at the University of Wisconsin-Madison, emerged in July as the central character in a workers’ rights victory against the giant apparel maker Nike. 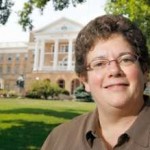 Martin last April rescinded the university’s license agreements with the Beaverton, Ore. company, and promised a reinstatement only if Nike would agree to pay reparations to workers thrown out of work by the closures of two garment factories in Honduras.

On April 25, Martin, the workers and other allies won a $1.54 million concession to help 1,800 workers with “a worker relief fund” and to provide vocational training and finance health coverage for workers laid off by the two subcontractors.

In an interview with the New York Times, the executive director of the Worker Rights Consortium said the agreement “may be a watershed moment.” Scott Nova, who leads the group of 186 universities that monitors factories that make college-logo apparel was obviously elated. 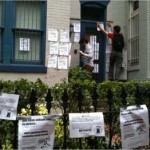 “Up until now,” he said in the interview, “major apparel brands have steadfastly refused to take any direct financial responsibility for the obligations to the workers in their contractors’ factories. Now the most high-profile sports apparel firm has done just that.”

The agreement followed months of “Just Pay It” protests against Nike.

It might not have happened at all were it not for Martin, who last April 9 severed the school’s agreements with Nike and thus provided national momentum.

“It might seem unlikely that the actions we take here in Madison can have a major impact on a multibillion-dollar industry and corporate powerhouses such as Nike,” she wrote in an Op-Ed column in the student newspaper last December.

“But the efforts and dedication of our students, faculty and staff are on the vanguard of colleges and universities nationally, and we can cite cases in which our combined efforts have made a difference. Policies created here are modeled nationally.” 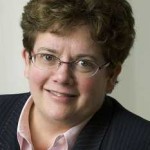 The university’s second woman chancellor, and its first openly gay chancellor, took office in 2008 and immediately caused a stir. She proposed a tuition increase in an effort to make the university “affordable to all.”

Her plan featured a supplemental tuition charge that grows over the undergraduate’s four years. Students who come from families making $80,000 or less per year and who qualify for financial aid receive a grant to offset this increase.

In February 2009, Martin voted in favor of the creation of a controversial second-trimester abortion clinic at the UW Hospital and Clinics, angering many anti-abortion alumni, students, and stakeholders. She took on the graduate faculty shortly thereafter, announcing plans for an ambitious reorganization of the university’s graduate and research initiatives.

She won the first proposal, settled for a compromise settlement in the second before scoring a clear victory over Nike on behalf of the workers in Honduras.

“In this Nike effort and in many others, UW-Madison is a leader,” Martin wrote in her Op-Ed column. “I want that leadership to be thoughtful, cognizant of realities on the ground and effective. We want our persistence and engagement to help prevent sweatshop abuses.”

Martin’s victory in galvanizing students and other workers’ rights organizations might have ripple effects.

Clearly, she’s not prone to shy away from policy battles.

The swoosh heard round the world
The Economist, July 1, 2010