High-speed rail seems to be top of mind among the world’s transportation wonks and policy makers, with action in the U.S., Europe and, most of all, China. 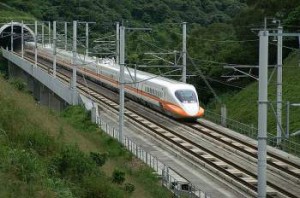 China and Japan also have jumped into the market for manufacturing bullet trains, including trains that would connect Tampa, Fla. to Orlando, with a possible stop at Walt Disney World. They are the latest players in the bullet train sweepstakes. France’s Alstom SA, Germany’s Siemens AG and Canada’s Bombardier Inc. also want to sell trains, tracks and operating equipment for the U.S. effort. 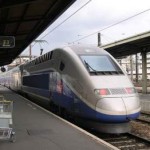 Bullet trains are generally considered to be those traveling faster than 180 miles an hour(290 kph). Japan built the world’s first “Shinkansen” and has the biggest high-speed network, carrying 308 million people last year. 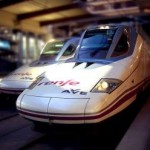 China is catching up fast, though. According to a report in Business Week, China is eying  two potential routes from Beijing, one passing through India, Pakistan and the Middle East, and another connecting Germany, through Russia. A third line would extend south from China to connect Vietnam, Thailand, Burma and Malaysia.

One thought on “High-speed rail is all the rage: here, there and everywhere”