One billion condoms may not be enough for South Africa’s World Cup matches in June. 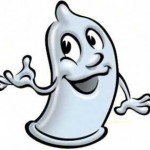 With 40,000 prostitutes from Africa and Eastern Europe said to be headed to the world’s biggest HIV/AIDS battleground, and with an estimated half-million fans and visitors expected for soccer’s month-long tournament, South African officials can’t be blamed if they are losing sleep. The Sydney (Australia) Morning Herald in March warned of “a potential HIV time bomb.” 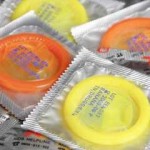 Last March, Britain announced plans to  donate 42 million condoms, but that hardly meets the need, or so it seems. South Africa, where one in five adults carries HIV/AIDS,  has requested an extra one billion condoms. That’s 2,000 per visitor in less than a month.

There are about 1,400 new HIV infections and nearly 1,000 AIDS deaths every day in the country, according to South Africa’s Central Drug Authority.

Meanwhile, South Africa is to launch a mass HIV testing drive in April, hoping to test 15 million people in one year. 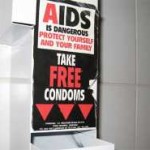 The Health Minister, Aaron Motsoaledi, said in mid-March that the safe sex message was being ignored because people believe HIV can now be easily treated.

”That’s what is worrying me. I am saying treatment must only come after prevention.”

There are extenuating circumstances, however, one of which is the size of the condoms themselves. 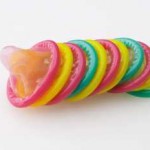 “A large number of South African men are bigger, and complain about condoms being uncomfortable and too small,” said Stuart Roberts, a manager for the British condom manufacturer Durex.

Another problem is said revolve around aesthetics, namely, color.

In response, health officials unveiled a new brand of the government’s free condoms with increased sex appeal. While the Health Department had been freely distributing condoms for almost ten years, their dull grey color did not appeal to South Africans. At the Boksburg production facility, the Minister therefore presented the new brand of government condoms: “Choice.”

The new packaging, announced in 2004, was tested among young South Africans, who recognized “Choice” for its “funky, punchy and straightforward attitude,” then-health minister, the late Manto Tshabalala-Msimang told the press in Boksburg. The “Choice” was released in several bright colors, including blue, yellow, red and orange.

A surge of desire at the footy
Isle of Wight County Press Online, March 26, 2010

2 thoughts on “Condoms at the ready, South Africa prepares for crush of prostitutes”