Women business owners are less optimistic about the economy than their male peers, and the young entrepreneurs of Gen Y seem to be downright upbeat compared to their senior generations. 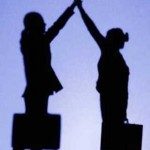 These indications are contained in a wide-ranging annual report conducted in the Fall 2009 American Express OPEN Small Business Monitor report.

Thirty-eight percent of the businesswomen interviewed said the economy was on the upswing, compared to 47 percent of male business owners. The women were also 10 percent more stressed out by the economy than the men, a change from last year when they reported being more optimistic. 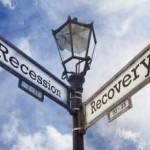 The women’s chief concerns were the possibility of a drawn-out recession or relapse and continued high unemployment.

What it means is debatable. Sandra Fielden, a senior lecturer at the University of Manchester (UK) Business School who writes at Sandra Fielden@FreeTrade, said a lower sense of optimism may, in fact, be a sign of good sense.

“Highly optimistic business owners learn less from past experiences and take more risks; this means that although they tend to be more financially successful, they are also more susceptible to failure. In contrast, less optimistic individuals are more realistic and have a better chance of long-term survival but less opportunity for impressive gains.

“As women tend to fall into the less optimistic category, they may be expected to make less money but have more sustainable businesses.” 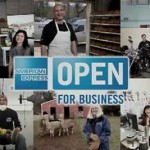 Alice Bredin, a business author and consultant to American Express OPEN, said that mindset might be admirable, but a bit foolish, too.  “Optimism and action breed success,” she said. “By being less optimistic, women business owners are missing opportunities.”

By any interpretation of the numbers in the report, though, the Gen Y crowd comes out much the more bullish. 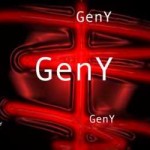 The semi-annual report had this to say about the Gen Y set:

One thought on “On the economy, women are dour, Gen Y not”