Women who fear social or religious consequences of having sex outside of marriage are turning to “re-virgination” doctors and products to offer the illusion of virginity. 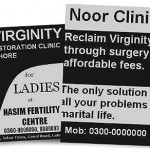 Some of the women are Asian or Arab. Some are American, Latin American or just the girl next door.

What they have in common is the belief that if their pre-martial sexual activity is discovered, they feel that they may be punished, ostracized or murdered in “honor killings” carried out by their families or communities.

“I thought of suicide after my first sexual relationship,” said a French-born Arab woman in an interview with BBC News, “I couldn’t see any other solution.”

She eventually went to the Paris clinic of Dr. Marc Abecassis to have surgery to restore her hymen. She says she will never reveal her secret to anyone, especially her husband to be. But she wants blood to be spilled on her wedding night and was willing to spend about $2,000 for surgical hymen restoration.

There are other options.

At Gigimo.com, an online sex shop, a customer can purchase a Japanese-made “artificial viginity hymen” for about $30. 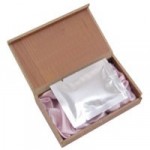 “No more worry about losing your virginity,” reads the product description. “With this product, you can have your first night back anytime.”

In New York City, the operation has created a new class of royalty, according to ABC News 20/20.

“They call me the Queen of the Virginity, ” said Cuban-born Esmeralda Venegas, who runs the Ridgewood Health and Beauty Center in Queens, in a television interview.

At her clinic, board-certified plastic surgeons repair the thin membrane, either by stitching the frayed ends together or by adding a patch of tissue from the vaginal walls.

At its most ghastly, reactions from the woman’s family or betrothed can lead to an “honor killing.” 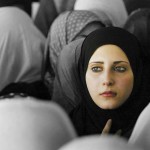 An honor killing is the murder of a family or clan member by one or more fellow family members, where the murderers believe the victim to have brought dishonor upon the family, clan, or community. This perceived dishonor is normally the result of utilizing dress codes unacceptable to the family, wanting out of an arranged marriage or choosing to marry by own choice, engaging in certain sexual acts or engaging in relations with the opposite sex. 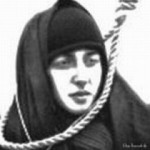 These killings result from the perception that defense of honor justifies killing a person whose behavior dishonors their clan or family.

The United Nations Population Fund (UNFPA) estimates that the annual worldwide total of honor-killing victims may be as high as 5,000.

Virginity begins at the tip of the doctor’s scalpel
Afrik.com, May 13, 2009

One thought on “Upswing in “re-virgination” procedures, products”