On May 10, Filipinos will brace for an historic election after a campaign that has been marred by violence, the introduction of a new national electronic voting system and allegations of corruption. 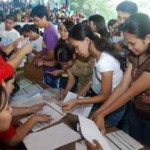 Welcome to the spectacle known as Filipino politics. According to Transparency International, an agency that surveys corruption levels in international countries, the Philippines finished 139th out of 180 countries in its 2009 Corruption Perceptions Index.

Despite its low transparency ranking, and a last-minute push for a parallel manual count,  registered voters in the Philippines will participate in the first-ever automated national and local elections under the Republic Act No. 9369, or the Amended Computerization Act of 2007. 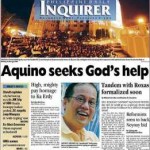 According to The Commission on Elections (Comelec), there are over 50 million registered voters and 300,000 overseas absentee voters.
One of the most contested races is for the presidency and the right to reside at Malacañang Palace.

The current president, Gloria Macapagal-Arroyo, is the second female president of the Philippines and terms out on June 30. One of the presidential candidates, Benigno “Noy Noy” Aquino III, said he is concerned that President Arroyo plans a military takeover if there is no elected presidential winner by June 30 through a power vacuum.

“The very first action of a Chief Executive is to uphold the Constitution, which clearly states the supremacy of civilian authority over the military,” he said in a telephone interview with Philippine Daily Inquirer. “To let a military junta take control and do nothing is nonfeasance.’’ He also noted that the President could be held liable for treason. 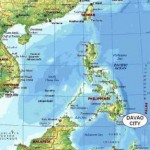 “At the very least, she (the President) should not cause undue anxiety among the populace, She should calm down the public. What is the purpose of raising this scenario? Are they conditioning our minds that this will be the inevitable outcome of a failure of elections?’’ said Aquino, who is also the son of the People Power leader and the first country’s first female president, Cory Aquino. Aquino’s husband, Benigno “Ninoy” Aquino was assassinated in 1983 for his opposition to then-President Ferndinand Marcos.

“Malacañang assured the public that (the President) will definitely step down on June 30,” said Charito Planas,  Arroyo’s deputy spokesperson.  Prospero Pichay, an advisor to Arroyo, added that Malacañang had “full trust and confidence” in the Commission on Elections (Comelec), despite fears that the automated elections were bound to fail.

On top of fears of a military takeover, the country has undergone a violent campaign election year.  On Nov. 23, 21 people were massacred in the southern province of Maguindanao over a local campaign and clan wars.

In preparation for the election, the Armed Forces of the Philippines (AFP) Task Force HOPE (Honest, Orderly and Peaceful Elections) were placed on red alert. A red alert means that all the military personnel should be readily available for deployment anytime.

VIDEO: Voting in the Philippines

Several Groups Push For A Parallel Manual Count For May 10 Philippine Election
All Headline News
April 27, 2010

AFP on red alert in preparation for May 10 polls
The Philippine Star, April 30, 2010

Republic of the Philippines, Commission on Elections

Arroyo can be sued for treason over military junta
Philippine Inquirer
March 21, 2010

One thought on “Mayhem looms in Philippine elections”