As funny as it may sound, laughter may be the new exercise, according to American health researchers. 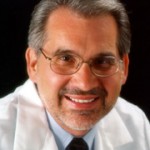 “A term I like to use is called laughercise,” said Dr. Lee S. Berk, a preventive care specialist and psychoneuroimmunology researcher in the school of allied health and medicine at Loma Linda University, a Seventh-day Adventist Health Sciences Institution in California.

Speaking in an interview with Ira Flatow of National Public Radio, Berk continued,

“And the physiology or biology is uncanningly in parallel with decreases in blood pressure after the event, in enhancement of immune system components. And in the study that we just did not too long ago and presented … at the experimental biology meetings at 2010 in Anaheim, California, we showed that the response of the appetite hormones is very similar with the use of mirthful laughter … to exercise.” 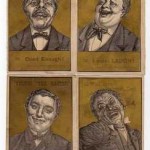 Berk’s experiments indicated that improved cholesterol and blood pressure, decreased stress hormones, a strengthened immune system and a healthy appetite, can be attained with regular laughter.

Berk and his research team showed a group of patients with diabetes and heart disease a regular diet of comedy programs every day for a year.  When compared to a control group, the laughter group required significantly less blood-pressure-lowering medication and sustained substantially fewer heart episodes. This, he concluded, is tied to the body’s response to repetitive laughter, which he claims has comparable physiological effects to moderate exercise. 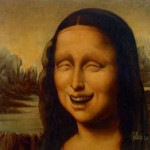 “The puzzle is getting very intriguing,” he said. “When I say the puzzle, the pieces of the puzzle are coming together in that that there is a substantial parallelism between moderate exercise and repetitive use of laughter.”

Both groups were started on standard medications for diabetes (glipizide, TZD, metformin), hypertension (ACE inhibitor or ARB)) and hyperlipidemia (statins).

The researchers followed both groups for 12 months, testing their blood for the stress hormones epinephrine and norepinephrine;  HDL cholesterol; inflammatory cytokines TNF-? IFN-? and IL-6, which contribute to the acceleration of atherosclerosis and C-reactive proteins (hs-CRP), a marker of inflammation and cardiovascular disease. The laughter group viewed self-selected humor for 30 minutes in addition to standard therapies. 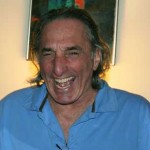 “The best clinicians understand that there is an intrinsic physiological intervention brought about by positive emotions such as mirthful laughter, optimism and hope.  Lifestyle choices have a significant impact on health and disease  and these are choices  which we and the patient exercise control relative to prevention and treatment.”

One thought on “Laugh your way to better health”