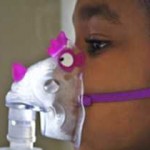 How this series came together offers valuable lessons on how high-quality, hard-hitting, hard-to-do local journalism can still happen—despite a lack or resources, or despite that these stories often don’t quite fit comfortably within the traditional news model.

The purpose of this coverage was to convey what life is like in a city neighborhood where heavy pollution is only one of many daunting daily challenges. This series focused on West Oakland, CA—a low-income, predominantly African-American neighborhood hemmed in by one of the nation’s busiest ports and two major freeways. High asthma rates and other health problems abound due to severe local air pollution.

“Usually, coverage of public health and the environment in poor urban neighborhoods comes and goes, it’s event-driven,” explained Spot.us founder David Cohn. “But these issues are part of people’s lives day to day, and they need to be covered outside the context of some kind of emergency.”

Booth, who has lived in West Oakland for years, noted that doing this kind of reporting is especially challenging. Often residents of poor, marginalized neighborhoods are often profoundly distrustful of media attention—so the detached, objective approach of traditional mainstream journalism can backfire. 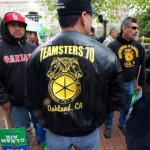 “You have to be very clear about who you’re trying to serve with this kind of journalism—and make sure that you’re actually going to be helpful to the people who live in the community you’re covering. Don’t just exoticize them or put them on display.” said Booth. “I’d been reporting on West Oakland for five or six years—but usually for community organizations with direct ties to that community. Every member of the project team, we all had to be vetted by the community, to prove that we had their best interests at heart.”

Being useful to the community also means going the extra mile on distribution. Realizing that many of the people interviewed for the Toxic Tour have little or no internet access, Booth personally printed the stories that ran online, copied them, and distributed them in packets to key West Oakland residents who’d assisted with the reporting.

According to Wilson, the Toxic Tour concept arose about a decade earlier, when he and reporter Virgil Porter both worked at the San Francisco Chronicle. “Virgil was bored, so we decided to drive around to take pictures of something interesting. I said, ‘Hey, what about the port?’ So we developed the idea of using journalism to provide a tour of polluted places.”

Wilson added, “The trouble is, it’s very hard to raise money for that kind of ongoing coverage through traditional grantseeking, and it’s hard to get more than an occasional story like that run at a mainstream news organization. We needed a mechanism like Spot.us to be able to connect with individual donors to make this happen.”

Booth and Komenich started work on the project during the fundraising campaign. Eventually about $1800 was raised through a Spot.us pitch and a couple of small fundraiser events, from over 70 donors (mostly individuals, but some organizations).

Spot.us founder David Cohn explained that this project came together differently from other stories pitched through his journalism crowdfunding service. “It was one of our first pitches proposed as a beat, not as a one-off story,” he said. “We kind of jumped out the window and then started making our parachute.”

Wilson elaborated, “The journalists were capable and committed. They started working on this right away, as fundraising was just getting started, without knowing exactly how much they’d get paid. They put out tremendous effort and nobly sacrificed on the pay scale to make this happen. The result is an amazing, rich multimedia series.” (The series includes photos, embedded audio, photo slideshows with audio, interviews, and in-depth reporting.)

“This isn’t just a series—it’s a template we hope to replicate,” said Wilson. He, Komenich, and Booth are already hatching plans to expand the Toxic Tour initially to other parts of the Bay Area, most likely starting with the Bayview-Hunters Point section of San Francisco, or Richmond or Pittsburg (cities north of Oakland on the East Bay).

Wilson plans to use Spot.us to help fund the continuing Toxic Tour in the Bay Area, and perhaps in and other Spot.us cities (Los Angeles and Seattle). He also believes the SPJ award will make it easier to convince grantmakers to fund this work at much greater levels.

“I think award will give our existing coverage a longer shelf life, as well as raise the profile of this coverage with potential funders. They’ll see we succeeded in producing great content and having an impact,” said Wilson. “But even on Spot.us, I think that if potential individual donors for an expanded Toxic Tour see that it won a major journalism award, that will make it more appealing for them to donate to the followup.”

Booth emphasized that, especially when you’re courting multiple funding sources, it’s important to clarify the needs of the community. What kind of reporting would help community members improve their neighborhood and their lives?

“It was great that we had so many Spot.us donors, we couldn’t have done this without them. But most of those donors probably do not live in West Oakland. We had to make sure that this story was very useful to people from West Oakland, while also meeting donor expectations. I think the work we’ve produced so far will probably help us gain community trust going forward.”

Asked whether he thought the Toxic Tour award indicated anything about SPJ’s evolving mindset about where good journalism can come from, Booth replied: “I’m not sure how much that evolution is voluntary or out of necessity. I think that as new members keep coming in, SPJ may finally be starting to get past reflexive fears about advocacy and new media.”

Reporters and others who are interested in helping with the Toxic Tour beyond the Bay Area are encouraged to contact Josh Wilson at Newsdesk.org.