Recently drafted Pakistani legislation has the potential to become the nation’s first law against domestic violence.

The Acid Control and Acid Crime Prevention Act (PDF 165KB), spearheaded by acid attack victim Naila Farhat and human rights activists, would increase punishment for perpetrators who throw or spray acid on their victims and would prohibit the sale of acid to those without licenses. 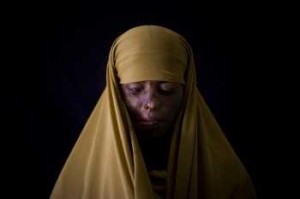 Nailia Farhat was attacked by a rejected suitor in 2003

“Realistically speaking, I should say we will be able to present it in the assembly by July,” Yasmeen Rehman, advisor to the prime minister and co-writer of the legislation, told Inter Press Service.

According to the Pakistani chapter of ASF, acid attacks in the country most commonly occur as a form of domestic abuse against women, though men are frequently attacked as well. Victims are left highly disfigured and are typically blinded.

Farhat was assaulted by a rejected admirer and her elementary school teacher on her way home from school in 2003. “”I felt it burning,” she told Time.com. “I couldn’t see clearly, but I could hear them laughing.” Farhat was thirteen at the time of the attack.

Farhat pressed charges and attended court sessions for six years, yet watched the teacher escape unpunished. Her ex-suitor, Irshad Hussein, was sentenced to twelve years in prison and fined 1.2 million rupees, the equivalent of $15,000. Hussein appealed and the sentence was decreased to four years and 110,000 rupees.

In November, when Farhat petitioned the Supreme Court to reinstate the original sentence, she became the first woman to win an acid attack case. “Because this happened to me, other women can now go directly to the Supreme Court and be heard,” she told Time.com.

During his ruling, Chief Justice Iftikhar Muhammad Chaudhry spoke in support of a national law against acid attacks. 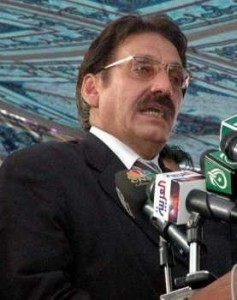 If passed, the Acid Control and Acid Crime Prevention Act will instate a life sentence and large fine for all acid attackers and require them to cover their victims’ medical costs.

Currently those who sell acid to unlicensed buyers receive a 500 rupee fine, which is equivalent to six U.S. dollars. The law will increase the fine to 100,000 rupees and the possibility of a year in jail.

The bill was written primarily by Parliamentarian Marvi Memon and supported, researched, and financed by several women’s rights organizations, including ASF, the United Nations Development Fund for Women, and Pakistan’s Ministry of Women Development. Supporters are bracing themselves for challenges to implementation; before it goes to a vote, the bill must be approved by the Council of Islamic Ideology.

Religious conservatives in this government agency and in Parliament have spoken against the empowerment of Pakistani women and many subscribe to an interpretation of the Qur’an that states a man cannot be punished for violent discipline of family members.

Regardless of the bill’s unknown future, Farhat, who told Time.com that she has “wanted justice” since her attack, said she is “very pleased and proud” of the support and awareness her court case has garnered. “With my win, there will be others,” she predicted.