According to a recent study, children raised by lesbian parents grow up just fine and excel academically. 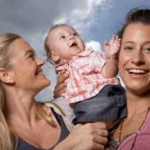 The study, “Psychological Adjustments of 17-year old Adolescents,” was initiated by Dr. Nanette Gartrell at the US National Longitudinal Lesbian Family organization in San Francisco.  Since 1986, 78 lesbian mothers volunteered to have their children monitored since birth for the study, which was published June 7 in Pediatrics journal.  The participants ranged from single lesbian mothers, separated couples and co-parenting households.

“Adolescents who have been reared in lesbian-mother families since birth demonstrate healthy psychological adjustment,” according the study. “These findings have implications for the clinical care of adolescents and for pediatricians who are consulted on matters that pertain to same-sex parenting.” 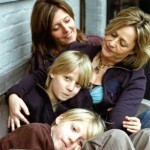 “There is not a single study that has shown there are any problems in terms of psychological adjustment,” Dr. Gartrell, study lead, told Reuters Health. “The things we know that make for good parenting are love, resources and being very involved in your child’s life.”

The boys and girls, once they turned 17 years old, were also required to complete an online questionnaire.  A few of the yes or no questions asked included, “Did other kids every say mean things to you about your mom[s] being lesbian?” to “Have you been treated unfairly because of having a lesbian mom?” 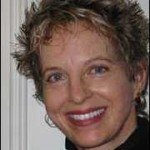 According to the study, 41 percent of the children experience some sort of stigmatization by 10 and 17 years old.  “Other protective factors – changing cultural attitudes toward lesbian and gay families and peer/teacher support in response to homophobic incidents, among others – may also be involved in helping young people cope with stigmatization,” the study reported.

Opponents of same sex marriage and parenting believe that children should only be raised by a heterosexual family.  According to the Family Research Council’s website, the organization believes that “homosexual conduct is harmful to the persons who engage in it and to society at large, and can never be affirmed.  It is by definition unnatural, and as such is associated with negative physical and psychological health effects.” 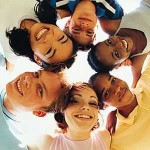 Last February, a study released in the Journal of Marriage and Family indicated that fatherless children are not at a disadvantage, compared to children raised by heterosexual parents.  “Significant policy decisions have been swayed by the misconception across party lines that children need both a mother and a father,” said University of Southern University sociologist Timothy Biblarz, who co-authored the study with New York University sociologist Judith Stacey.

VIDEO: The Unheard Voices Of The LGBT Community—Our Children

How Does the Gender of Parents Matter?

Journal of Marriage and Family, February 1, 2010

Do Children Need Both a Mother and Father?

Children of lesbian couples do well in school, life