The European Parliament’s pending “Written Declaration 29” is poised to permit the tracking of every Internet search made in the EU in the next two years. 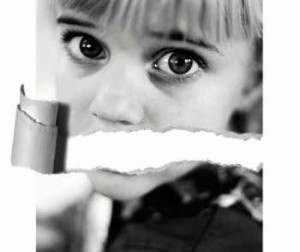 The authors of the Declaration, Italian Member of the European Parliament (MEP) Tiziano Motti and Slovakian MEP Anna Záborská, maintain that such measures are necessary in order to establish an “early warning system for pedophiles and sex offenders.”

In a letter he wrote encouraging his colleagues to sign the Declaration, Motti said that it would “defend the weaker members of society and protect the rights of all.”

Though the Declaration has garnered 324 of the necessary 369 signatures, several MEP’s have questioned its lawfulness and necessity. On his web site, Swedish MEP Christian Engström said, “This proposal adds another building brick to the surveillance society.”

In an interview with Mail Online, Privacy International Director Simon Davies added, “We have well established laws in Europe that protect private communications. The idea that governments can destroy that protection is unthinkable.”

With written declarations, small groups of MEP’s can pursue issues of personal interest or topics unrelated to the European Parliament’s political agenda. A declaration requires at least half of the signatures of the 736 MEP’s in order to be adopted.

Though a declaration is a statement of the Parliament’s formal opinion, and is not a legal document itself, the European Commission can act upon it. Engström predicted that, with the passage of Written Declaration 29, Swedish Commissioner  Cecilia Malmström, who oversees the Freedom, Security, and Justice area, will encourage government tracking of internet searches. 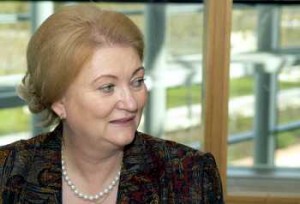 Slovakian MEP Anna Záborská is one of the Declaration's two authors

Several MEP’s have stated that they were misled about the privacy implications of the Declaration and regret their signatures. After signing it, Swedish MEP Cecilia Wikström wrote a letter to her colleagues explaining she had since realized that “long-term storage of citizens’ data has clearly nothing to do with ‘early warning’ for any purpose.”

Others have mentioned that online sex offenders typically operate in private chat rooms and social networking sites, and not on search engines.

The drafting of this Declaration is not Záborská’s first encounter with controversy. In 2004, the member of the majority Christian Democrat party and self-described conservative came under fire in Slovakia for asserting that “AIDS is God’s vengeance for homosexuality.”

Every Google search to be logged and saved for two years under new Euro MP plan
Mail Online, June 8, 2010

EU written declaration wants you to think of the children, hand over all your search results
Engadget, June 3, 2010