The new ruling applies to marriage visa applicants as well as those seeking civil partnerships, and is expected to significantly affect Indian, Pakistani, and Bangladeshi immigrants. 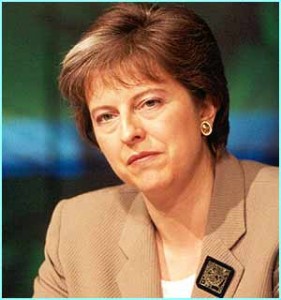 UK Home Secretary Theresa May announced the ruling on June 9

UK Home Secretary Theresa May said on June 9 that this rule is the first step in an effort to introduce “English language requirements across the visa system.”

Announcing the policy change, she said, “I believe being able to speak English should be a pre-requisite for anyone who wants to settle here. The new English requirement for spouses will help promote integration, remove cultural barriers and protect public services.

“It is a privilege to come to the UK and that is why I am committed to raising the bar for migrants and ensuring that those who benefit from being in Britain contribute to our society.”

Critics of the ruling call it discriminatory.

Migrants’ Rights Network spokesperson Don Flynn said, “The issue here is that the right to marry and found a family is a basic human right and is it proper, is it right, that that right to marry should be made conditional on passing a test in English? Our view is that it shouldn’t be.”

“The problem for me with this measure is that I don’t think the English language is a prerequisite for love,” added Danielle Cohen, a British immigration lawyer. “If you can communicate in your own language, what business is it of the state to interfere?”

“These new rules are likely to hit people from South Asia and Africa, where English is not the main language. It may also hit women harder and discriminate most against the poorest,” said the Joint Council for the Welfare of Immigrant‘s Hina Majid in an National Public Radio report.

Immigration Minister Damian Green expressed a different view in 2007, when talk of an English language requirement began. “Too many young women are brought to England to marry when they cannot possibly integrate with our society,” he said. “Families where English is not spoken are much more likely to have children who struggle at school, and adults who cannot engage in work.”

Prime Minister David Cameron, who took office in May, has a history of encouraging immigrant “integration”. In 2007, he spoke out against the “cultural separatism” he believed existed in the British Muslim population. He suggested lessons on “being British” and English language requirements for all UK citizens. 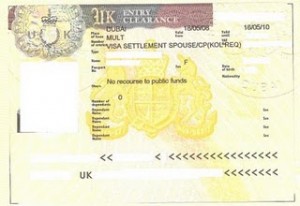 Currently, marriage visa applicants must demonstrate the authenticity of their partnerships and the ability to support themselves financially. Beginning in the fall, they will also have to be able to speak English at the A1 level, or as well as a seven-year-old native speaker. This level of proficiency is already required of those who immigrate to the UK as skilled workers, and the government is considering increasing it.

Approximately 38,000 British marriage visas are issued annually and, due to the new ruling, this number is expected to decline by ten percent.

3 thoughts on “For immigrants to UK, marriage dependent on English proficiency”