Victims of the Bhopal gas disaster that killed thousands and affected hundreds of thousands more say a new compensation effort by the Indian government is too little and too late. 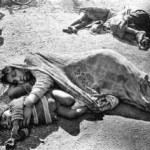 Victims of the Bhopal disaster

It is estimated that over 2,000 residents in Bhopal were killed outright in 1984 after a leak of methyl isocyanate from a US-owned Union Carbide factory was released into the air.  Aid groups estimate that up to 23,000 died over time due to the leak.

The Indian government on June 7, 2010 sentenced seven senior Indian officials to two years in prison for negligence, but they were released on bail and fined $2,000, according to aolnews.com.

The soft punishment, 25 years after the accident occurred, incensed victims and activists.  They say the government has responded by offering an additional compensation package and new cleanup efforts at the site.

Now, each family who lost a family member will receive about $22,000, while those who were permanently disabled by the accident will receive $4,000, according to the article.

Activist groups said it was not nearly enough.  They said the compensation would only go to about 42,000 victims, but they estimate over 500,000 were affected.

“The government is doing this because they want to stop the anger of the people after the court decision, but we cannot accept this,” activist Abdul Jabbar Khan said in the report. 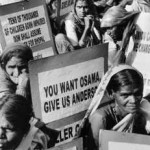 Bhopal has continued to suffer the effects of the accident with constant health issues, disease and a large number of birth defects.

Efforts to get large compensation from Dow Chemical, which bought Union Carbide in 1991, have been largely unsuccessful.

Groups continue to push the Indian government to extradite former CEO of Union Carbide Warren Anderson to India for trial.

Union Carbide pulled out of Bhopal after paying a $470 million settlement in 1989 and then said it was the responsibility of the Indian government to clean up the site.  The new compensation by the government adds about $270 million.

Indian activist groups have also blasted what they consider U.S. hypocrisy in its response to corporate industrial disasters. President Barack Obama forced BP to set aside $20 billion in compensation to those affected by the current Gulf of Mexico oil spill. 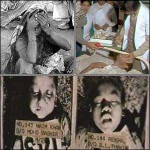 They also said it was a double standard that the Obama administration has strongly attacked BP officials, while there was no such action during Bhopal disaster.

“It looks like Indian children’s lives are cheaper than (those of) fish,” Chetan Bhagat, India’s best-selling writer said in a Guardian.co.uk report. “Obama should bang his fist on the table. If he can do that for fish, how about our kids? Or are they only Indians?”

The Indian government has repeatedly tried to get Dow to return to clean up the factory site, which is estimated to still contain about 425 tons of hazardous waste, according to the New York Times.

India fury over US ‘double standards’ on BP and Bhopal
guardian.co.uk, June 23, 2010