Three Filipino nurses at a Baltimore hospital have filed a formal complaint with the with the U.S. Equal Employment Opportunity Commission, alleging they were fired for violating their employer’s English-only rule. 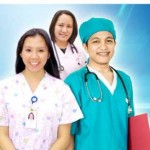 “If you speak just a single Tagalog word and someone hears you, that can be grounds for termination which is what happened to our nurses,” said Arnedo Valera, who works with the nonprofit Migrant Heritage Commission, told ABS-CBN.

According to Valera, the attorney representing the women, their civil rights were violated and they were unfairly terminated from Bon Secours Hospital in Baltimore. Valera filed a complaint on behalf of the nurses with the U.S. Equal Employment Opportunity Commission (EEOC).

“All it takes is just one word. That can be a greeting, a remark or even the name of a Filipino dish. Based on this rule, you could say ‘bagoong’ (a fish sauce) and lose your job.”

The nurses, Corina Capunitan-Yap, Anna Rowena Rosales, Hachelle Natano and Jazziel Granada, a secretary, claim that they were speaking in Tagalog, the official language of the Philippines, during their lunch break.

According to the nurses, they had to sign the hospital’s “Emergency Department Expectations,” which dictates their break schedule and that English is the official language spoken for on-duty nurses in the emergency room.

“I feel I was harassed and discriminated against because of my national origin,” Natano told ABS-CBN. “They claimed they heard us speaking in Pilipino and that is the only basis of the termination. It wasn’t because of my functions as a nurse. There were no negative write-ups, no warning before the termination.” 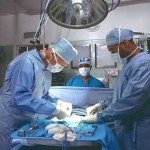 English-only in the emergency room?

According to the EEOC, English-only rules in the workplace may be in violation of federal anti-discrimination rules unless they are “reasonably necessary” to operate the business.

Title VII of the Civil Rights Act of 1964 prohibits discrimination against a person’s national origin, race, sex or religion.

“Circumstances in which an English-only rule may be justified include: communications with customers or coworkers who only speak English; emergencies or other situations in which workers must speak a common language to promote safety; cooperative work assignments in which the English-only rule is needed to promote efficiency,” said the EEOC.

The EEOC lists teaching and customer service as occupations where speaking English is required to communicate. 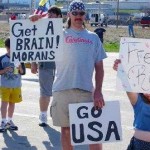 “Even if there is a need for an English-only rule, an employer may not take disciplinary action against an employee for violating the rule unless the employer has notified workers about the rule and the consequences of violating it,” added the EEOC, who files over 300 employment discrimination lawsuits on a yearly basis.

Currently, there is an English-only movement in the U.S. Opposition has come from organizations such as the American Civil Liberties Union.  California, Illinois Kentucky, and Wyoming are among the states where English is the official state language.

Maryland does not have an official state language.

2 thoughts on “Fired for not speaking English”