Stir in a little nano technology, and raw sewage may become a vastly more bountiful source of electricity. 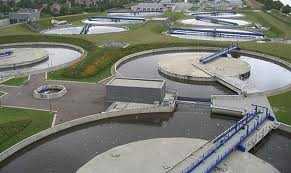 The next big energy source?

By coating graphite anodes with gold nanoparticles, Oregon State University engineers have been able to extract 20 times more electricity in an electrochemical cell from raw sewage than in previous laboratory experiments.

The electricity is generated when bacteria found in sewage form a film over the anode, and as they break down waste, electrons are emitted.

The electrons flow as a current through the graphite towards a cathode outside of the cell.

“This is an important step toward our goal,” Frank Chaplen, an associate professor of biological and ecological engineering at OSU told Science Daily. “We still need some improvements in design of the cathode chamber, and a better understanding of the interaction between different microbial species. But the new approach is clearly producing more electricity.”

The researchers said gold was obviously not a cost-effective material, but expect to find increased electricity production levels in other nanoparticle metal coatings like iron. Further cost-saving measures would also need to be implemented for large-scale treatment and electricity generation.

While the technology wouldn’t make a huge dent in electricity needs of the United States, it could make water waste treatment plants energy self-sufficient.

The United States uses about 100,000 trillion BTUs of energy every year. 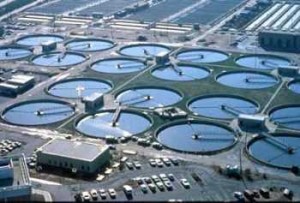 Spending in the U.S alone costs up to $25 billion per year to treat about 33 billion gallons of wastewater, according to National Geographic. About 1.5 percent of electricity usage goes into the treatment of sewage.

Hong Liu, an assistant professor of biological and ecological engineering at OSU, said the technology could significantly cut costs in the United States. She added that developing countries, where energy resources are limited and sewage goes untreated, could use the technology as an incentive to treat waste.

But the technology could also be adapted to generate hydrogen gas for usage in hydrogen fuel cells in cars, according to the researchers.

The team’s research was recently published in the journal Biosensors and Bioelectronics.

4 thoughts on “What a Waste! Electricity generated from raw sewage”