While “God bless America” is a seemingly requisite speech-closer for politicians in the United States, citizens Down Under have a new atheist prime minister.

Julia Gillard, of the Labor Party, was previous prime minister Kevin Rudd’s deputy prime minister. Aware of Rudd’s waning popularity, Gillard challenged his leadership and ousted him in late June.  Voters will have the opportunity to officially elect her in the upcoming August federal election.

When she was sworn in, Gillard chose to take an affirmation of office instead of swearing on a bible and has stated on several occasions that she does not believe in God. 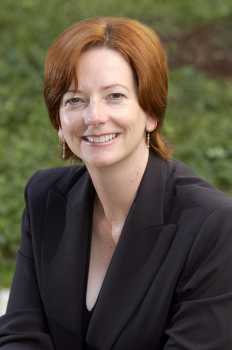 “I am not going to pretend a faith I don’t feel,” said Gillard in an ABC News report. She was raised in a devout Baptist family, but decided to “pursue a different path in (her) adult life.”

She is also the nation’s first female prime minister, and the first to be unmarried.

A majority of Australians identify as Christian; according to the 2006 census, they make up 64 percent of the population. In response to Christian concern that her election is a threat to the Catholic church, Gillard told the Associated Press, “In terms of the work that the Catholic church does that other churches and religious groups do in our society, I am a big respecter and my history has been to be a big supporter.”

She has also said, “For people of faith, I think the greatest compliment I could pay to them is to respect their genuinely held beliefs and not to engage in some pretense about mine.”

Though Gillard is a first in Australia, there have been many European nonbelievers in office. The current United Kingdom deputy prime minister does not believe in God, and there has been an atheist and an agnostic prime minister in the past. Religion is rarely mentioned in political discourse.

“Athiest” is generally considered a taboo term among politicians in the US, however. In a survey of the 111th Congress, only five people declined to state their religion, and none said they were unaffiliated. Representative Pete Stark (D-CA) has stated in the past that he does not believe in God, but is listed as a Unitarian. Additionally, there has never been a nonbeliever on the Supreme Court.

In the past, US presidents have been verbal about their unconventional religious beliefs. Thomas Jefferson said, “Question with boldness even the existence of a God because, if there be one, he must more approve of the homage of reason, than that of blind-folded fear.” 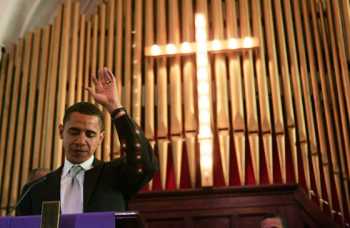 Recent presidents, however, have increasingly incorporated religion into their platforms. George H. W. Bush controversially asserted, “I don’t know that atheists should be considered as citizens, nor should they be considered patriots. This is one nation under God.”

Ronald Reagan said, “All are free to practice a faith or not. But without God, democracy cannot and will not long endure.”

During his inaugural speech, Barack Obama surprised many by saying, “We are a nation of Christians and Muslims, Jews and Hindus — and nonbelievers.” Throughout his campaign and presidency, though, he has spoken much of his Christian faith.

Ed Buckner, President of American Atheists said, “The fact that our best shot of making things better—Obama—still goes around saying God stuff all the time in some ways makes it worse.”

The religious makeup of the 111th Congress
Friendly Atheist, December 20, 2008

3 thoughts on “By God, Australia’s PM is an atheist”