A team of researchers in Turkey is attempting to turn abandoned tires into synthetic silicon carbide—an extremely hard and valuable abrasive element whose natural occurrence is usually in the form of interstellar stardust. 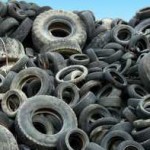 If successful, the process could prove instrumental in the vexing environmental challenge of dealing with landfill-hogging tires. In Europe alone, 325,000 tons of tires are buried in landfills each year.

According to the Biocycle Guide to Maximum Recycling, about 242 million tires are discarded annually in the United States. Less than seven percent are recycled, 11 percent are burned for fuel, and five percent are exported.

The remaining 78 percent are sent to landfills, stockpiled, or illegally dumped. 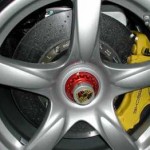 A major use for discarded tires is as a component in rubber-modified asphalt and concrete. Old tires can also be recycled into new products such as floor mats, blasting mats, and muffler hangers. Tires that have been ground into crumb can be used in traffic cone bases, mud flaps, moisture barriers, and other products.

Whole tires can be used in artificial reefs, such as those used to control erosion.

But the Turks are raising the ante. 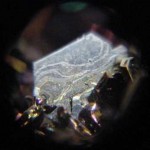 Researchers at the Tubitak Marmara Research Centre in Gebze are reacting tires with sand and turning them into silicon carbide—a material worth up to $13,000 a ton.

Silicon carbide (SiC), also known as carborundum, is a compound of silicon and carbon with chemical formula SiC.

It occurs in nature as the extremely rare mineral moissanite. Silicon carbide powder has been mass-produced since 1893 for use as an abrasive. 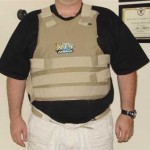 Grains of silicon carbide can be bonded together by sintering to form very hard ceramics which are widely used in applications requiring high endurance, such as car brakes and ceramic plates in bulletproof vests.

While rare on Earth, silicon carbide is common in space, usually as stardust found around carbon-rich stars. Examples of this stardust have been found in pristine condition in primitive (unaltered) meteorites. 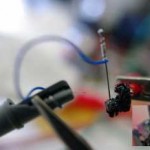 The Turkish researchers first “gasify” the tires—a process similar to burning but involving less oxygen. The result is a mixture of hydrogen and carbon monoxide, leaving a residue of amorphous elemental carbon called carbon black.
The carbon black is then mixed with sand and the mixture is heated to between 2,552ºF and 3,812ºF, resulting in high-grade silicon carbide.

Tubitak is one of nine collaborators in what is known as the TyGRe project, a European Union-financed project aimed toward making useful things out of redundant rubber.

The ultimate retread
How to turn old tyres into abrasives and other useful things
The Economist, August 10, 2010

The Environment – How Many Automobile Tires Are Thrown Away Each Year And What Can Be Done With Them?
ENotes.com