The California Owens Valley, the scene of decades of intense environmental hostilities and the subject of the famous Roman Polanski film “Chinatown,” once more finds itself at center stage. 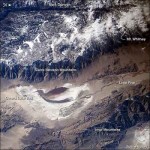 The Los Angeles Department of Water and Power, which turned Owens Lake into a dry wasteland and created one of the most prodigious polluters in America, wants to turn its lake bed into one of the world’s largest sources of solar power.

According to a report in the Los Angeles Times, and many other news and blog sources, interim DWP Chief S. David Freeman says the valley on the dry side of the Sierra Nevada is blessed with the “best sun in the country.” He envisions a gigantic solar array that could cover 80 square miles of dry lake bed and nearby flatlands, a sea of photovoltaic cells roughly the size of Cleveland, that would generate up to 10 percent of all the power produced in California while simultaneously calming the region’s fierce dust storms.

But not so fast. 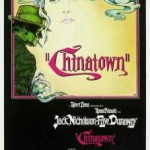 Landowners in the valley, along with an array of environmental organizations, including the Sierra Club, have their doubts, much of them based on a long history of disputes over land and water rights in the valley.

“Given our history with them, there’s skepticism,” said Mark Bagley of the Owens Valley Committee and Sierra Club, which took successful legal action to force the DWP to restore the Lower Owens River. “But it’s promising if it’s done right, the right way.”

First, the DWP must show that a solar array can eliminate the wind-blown dust storms born on Owens Lake. 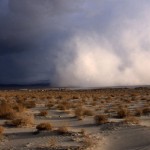 According to the U.S. Geological Survey, water was first diverted from the Owens River to the City of Los Angeles in 1913, and by 1926 Owens Lake was dry. The dry bed of Owens Lake has produced enormous amounts of windblown dust since the desiccation of the lake. The term “Keeler fog” (for the town on the east side of the lake) was coined locally decades ago for the pervasive, unusually fine-grained, alkaline dust that infiltrates the smallest cracks and contaminates residences.

“The lake bed is probably the largest single source of PM10 dust (aerosol particles smaller than 10 microns in aerodynamic diameter) in the United States,” the USGS reported.

To comply with federal clean air standards, the DWP already has spent $500 million on control measures, covering close to 40 square miles of the lake bed with shallow water or fields of vegetation. Still, the airborne pollution exceeds federal limits by 10 times.

The Great Basin Unified Air Pollution Control District has put Webcams into use so people can monitor the dust storms.

Ted Schade pollution control district told the Times that  the DWP must prove that solar panels will slow  the typically 60 miles-an-hour wind to 15 mph.

If it works,  only a portion of the electricity generated by an Owens Valley array would be transmitted to Los Angeles, according to the Times. The rest would be sold to other utilities around the West, with an ample share of the profits heading to L.A., 180 miles away.

2 thoughts on “In California’s high desert, a solar gamble”