The United States Department of Agriculture is stepping into one of the more perplexing situations facing rural America today: a shortage of large animal veterinarians. 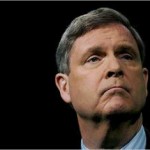 Agriculture Secretary Tom Vilsack last week announced that USDA had taken the first step toward implementing a plan to address veterinary shortages throughout rural America by repaying the student loans of qualified veterinarians in return for their services in areas suffering from a lack of veterinarians.

While the nation’s 28 veterinary schools report full enrollment, 80 percent of the students are concentrating on small animal practice, making sure that Muffie the cat and Fido the dog are healthy.

But on the farms, it’s a different story.

As reported on The Rural Blog:

A shortage of veterinarians, especially those who treat large animals, is spreading across the country but particularly in rural areas. “As a result, more people are depending on their rudimentary knowledge of veterinary procedures to get the jobs done,” Michelle Rupe Eubanks of the Times Daily in Florence, Ala., reports. Large amounts of debt also push recent vet-school graduates to metropolitan areas, where pay is better. 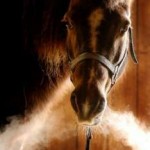 Dr. Donna Anagarano, associate dean for academic affairs at the Auburn University School of Veterinary Medicine, told Eubanks the shortages in rural areas will worsen. An area of specialization is up to each graduate, but most of Auburn’s 97 graduates last year plan to focus on small animals. “That’s the largest [number of graduates] we’ve had, but there is still a shortage, and we do plan to grow the numbers,” Anagarano told Eubanks. Nationally, 80 to 85 percent of vet-school applicants are women, who are less likely to want to work with large animals.

Rural areas bear more of the burden. “In a really small area, it’s difficult to make a practice work,” she told Eubanks. “Vets want to have outside interests, and many of them are married to other professionals. You want your spouse to be able to find a job, too. Small communities also often don’t offer enough support to pay down that debt and make the practice feasible.” 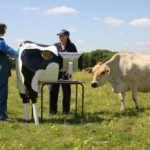 In a press release, the USDA’s Vilsack, a former governor of Iowa,  said it “can help ensure there is a first line of defense against animal diseases across the United States by placing qualified veterinarians in areas where there is a critical need. This program will help reduce veterinary shortages, especially in the area of food animal medicine, which will reduce stress on producers and improve the health of the livestock industry.”

The USDA’s National Institute of Food and Agriculture administers the Veterinary Medicine Loan Repayment Program, which was established in the National Veterinary Medical Services Act of 2003. NIFA issued an interim rule for the program on July 9, 2009. Implementation of the program began on Jan. 22, 2010 when NIFA released a Federal Register notice asking for comments and nominations for shortage situations from the chief animal health official from each state and insular area and appropriate federal animal health officials. Guidance on what constitutes a shortage situation and nomination forms can be found on the NIFA Web site.

The agency expects to begin accepting applications from veterinarians wishing to participate in the program on April 30, 2010.

2 thoughts on “In rural U.S., a veterinary crisis”