Animals seized from Brazilian jungles by wildlife traffickers, then confiscated by well-meaning officials and animal rights activists, frequently face even more problems than they had before, says a biologist from the University of São Paulo. 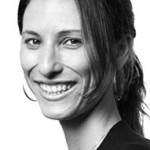 Biologist Juliana Machado Ferreira, who is pursuing her doctorate in Conservation Genetics at the Laboratory of Evolutionary Biology and Vertebrate Conservation, said in a speech in the U.S. last February that the animals’ troubles may have just begun.

“People say ‘Yay!’ The good guys arrived and took the cute, mistreated animals from the evil traffickers and everyone lives happily ever after,” she said in a five-minute presentation at the TED Conference in Long Beach, Calif. (Speech below.) 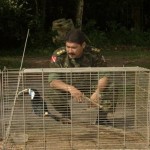 “But these days, no. This is where many of our problems begin because we have to figure out what to do with all these animals. In Brazil, they are first sent to governmental triage facilities, which in most cases, the conditions are just as bad as with the traffickers.”

She said an estimated 38 million animals are trafficked each year in Brazil, fueling  a $2 billion pets market  just  to São Paulo and Rio de Janeiro alone.

Worldwide, according to a 2009 report in Smithsonian Magazine that cites U.S. State Department figures, wildlife trafficking is thought to be the third most valuable illicit commerce in the world, after drugs and weapons, worth an estimated $10 billion a year. Birds are the most common contraband; the State Department estimates that two million to five million wild birds, from hummingbirds to parrots to harpy eagles, are traded illegally worldwide every year. Millions of turtles, crocodiles, snakes and other reptiles are also trafficked, as well as mammals and insects. 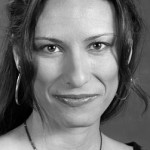 Ferreira said the recaptured birds frequently face death at the hands of the very people who saved them.

“The Brazil Ornithological Society claims we have too little knowledge about these species in nature, and that it would be too risky to release these animals. They also claim we spend too many resources o 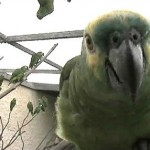 n rehabilitation. They suggest all birds seized from non-threatened species should be euthanized.

She said she is leading a research team in rehabilitating the rehabilitators.

“Technically responsible releases are possible,” she said, “both for the well being of the individual and for the conservation of their species.”

She exhorted the audience, “Let’s study more, and shed light on this issue.”

The fight to end rare-animal trafficking in Brazil
Ted.com, March 23, 2010

One thought on “Brazilian biologist wants to save the world, one critter at a time”